$2100
Kizaru is the 9th character in the One Piece Roster.

Borsalino, also known by his Marine alias Kizaru, is a Marine Admiral who possesses the Glint-Glint Fruit (Pika Pika no Mi) which allows him to turn himself into light and fire destructive beams.

Yata Mirror: Kizaru puts his two hands together then becomes light before flying to the opponent and proceeding to kick them into the ground.

Finger Laser: Kizaru points his right arm and shoots a small light beam on where you point your cursor.

Light Speed Kick: Kizaru kicks at the speed of light shooting a light beam out when he kicks that knock back the opponent.

Full Power Pika Pika no Mi - Kizaru uses the Pika Pika fruit to move so fast he "teleports" and he comes back ready to fight using the abilities of Pika Pika no Mi to the fullest extent, while also given the ability to teleport as his Q-Dash.

Heaven Sword: Kizaru creates a sword made of light, he slashes 2 times before bringing the opponent in the air with him on the 3rd slash.

Yata Mirror: A stronger and faster version of Yata Mirror.

Yasakani Jewels: Kizaru flies into the air, then crosses his arms in front of him and uses both hands to unleash a barrage of light particles.

Heavy Kick: A stronger and faster version of Light Speed Kick, but if the opponent is far enough Kizaru will shoot a beam out of his leg. 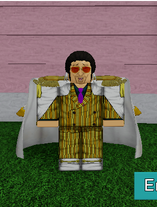 Kizaru's default skin, which is based off of his primary appearance in One Piece. 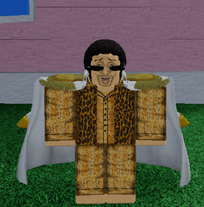 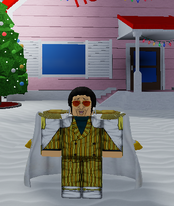 Kizaru's 3rd skin, which is Kizaru's outfit during One Piece Film: Z. 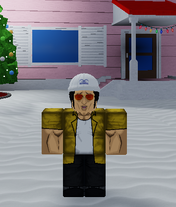 Kizaru's 4th skin, which was Kizaru's outfit during his youth as a Marine. 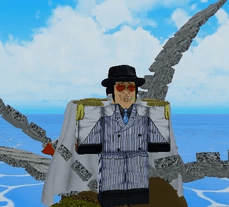 Kizaru's 5th skin, which was Kizaru's outfit when he was a Vice Admiral. 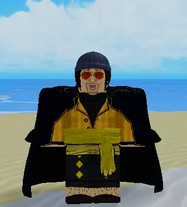 Kizaru's 6th skin, which is a fan-made outfit for Kizaru. 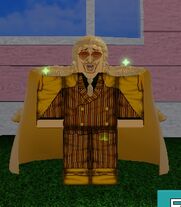 Kizaru's golden skin which is a gold reskin of his default skin. 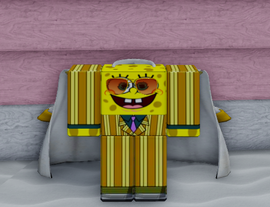